Intersections: The Roots of Democracy

Humanities 7 is, by design, a democratic classroom. I provide the overall structure - independent writing, independent reading, and unit work, plus the skill list on which we focus - and they make all the decisions about what they write independently, what they read independently, and what the theme questions and individual (personally chosen) Focus Questions are for each unit.

On the second day of classes (today!), I asked them to think about what democracy is. They were initially a little vague on the concept, but eventually came up with a list of ideas. They picked out keywords, and consolidated those into two different possible personal class definitions. One was, “Everyone makes the choice to have an agreement, sharing their ideas and decisions together.” The other was, “Together, everyone’s decisions, choices, agreements, and ideas matter.” (Can you guess the keywords?!)

At that point, we looked at a dictionary definition and compared ours to it. Interestingly, there were fewer differences between the definitions than one might imagine on first glance. The dictionary explicitly used the word “government” and also distinguished between direct control by voters (as in traditional New England Town Meeting) and indirect control through “elected agents” (as in Congress). But the core idea that power rested in the people was a commonality, and in fact the kids’ focus on making a choice to have an agreement and having people’s ideas matter gets at something below the surface which the dictionary’s definition maybe implied but didn’t state explicitly.

Asked to think about the disadvantages of democracy, the kids came up with, “If everyone wants something different, then… what do you do? Not everybody gets what they want. One person could delay the process. There will almost always be somebody that’s disappointed.”

Time was growing short by this point in our discussion, and I wanted to ensure the kids had some “choice time” as we call it for individual work on anything Humanities - in this case, reading independently, starting in on their writing, and/or working on their first round of questions for our eventual first unit design. I suggested, and they agreed, that we think tomorrow about how to preserve the advantages while finding a positive way to deal with the disadvantages. Once we have that agreement in place, we can turn to unit design.

Their earlier conversation on today’s read-aloud, the opening of the short story Ararat by Zenna Henderson, was equally lively and thoughtful. To say we’re off to a good start would be an understatement. I can’t wait for tomorrow. 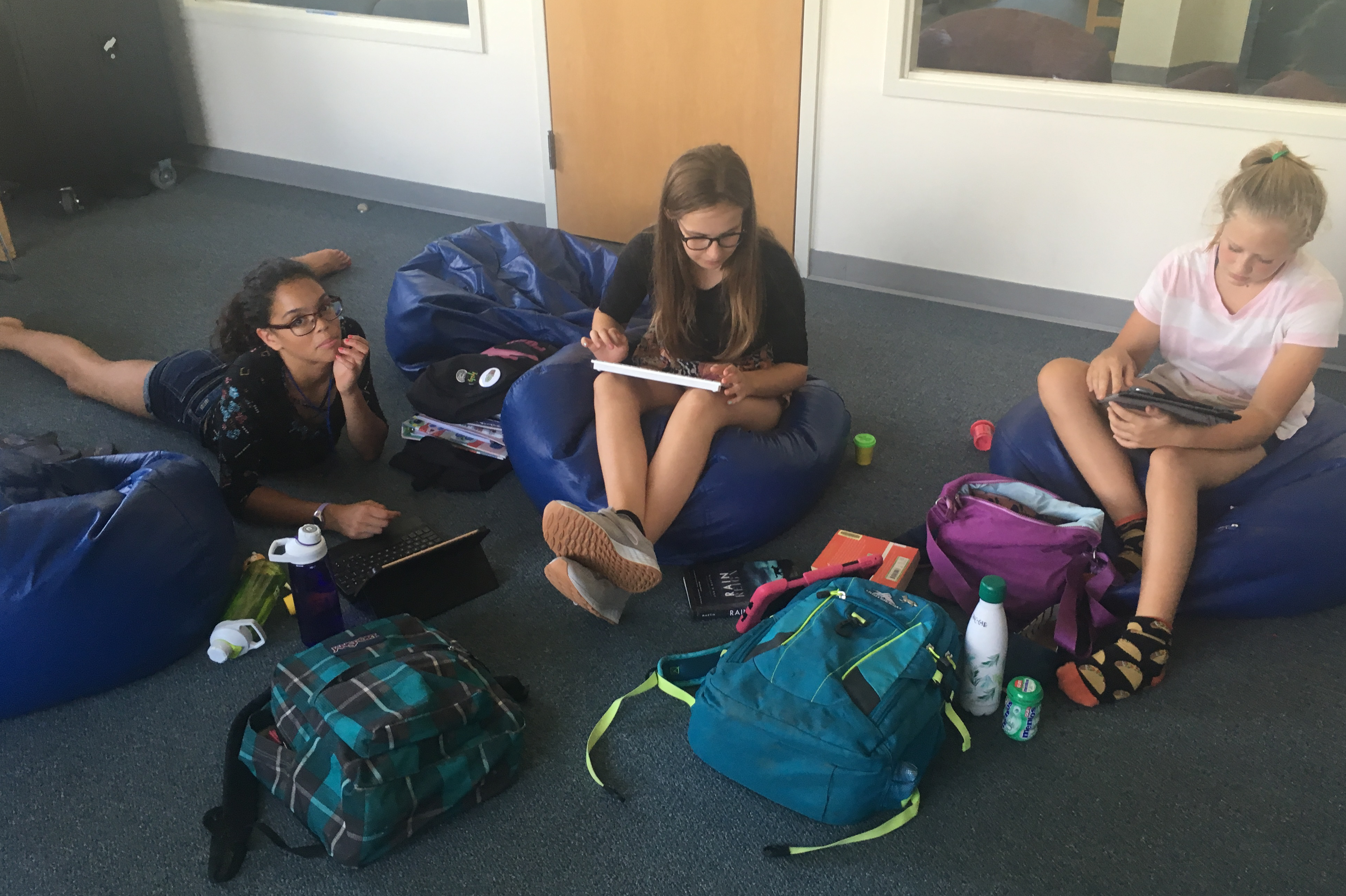