(title from the Who’s song)

My Humanities 7 class has just finished up a self-designed unit on their theme question, “How do we affect others?” Among our group activities, we studied Greta Thunberg, her speech at Davos, and the Zero Hour protest teenagers are planning for March 15. This particular class has shown particular anxiety about climate change and what can and should be done about it, and I wanted them both to see what other kids are doing about it and to be aware that they could, if so inclined, join the movement.

Of course, that teenagers are stepping up and networking in positive activism in no way gets my own generation off the hook - quite the contrary, actually. Had the majority of us Baby Boomers or even a more significant minority actually lived up to the promise we saw in ourselves as young adults, teenagers today might not have to step up to the extent they are and adults might not be shrugging off their own responsibility and turning to the kids for hope.

Shawn Durrett’s IB Seniors have been studying the Lost Generation and thinking deeply about generational identity, the role of cultural and historical context, and how that also shapes individuals. Yesterday, Shawn’s class took a look at the IB Seniors’ artwork currently on display in Geissler Gallery, using it as a starting point to think about the identity of their own generation, Generation Z. (I mention here in passing the seventh graders’ stunning insight that, when their own generation is named, they probably won’t have any say in it because older people are likely to bestow it.) To provide intergenerational lenses, Shawn invited SBS adults to attend, and (including Shawn herself) there were three Baby Boomers and two Gen-Xers present. 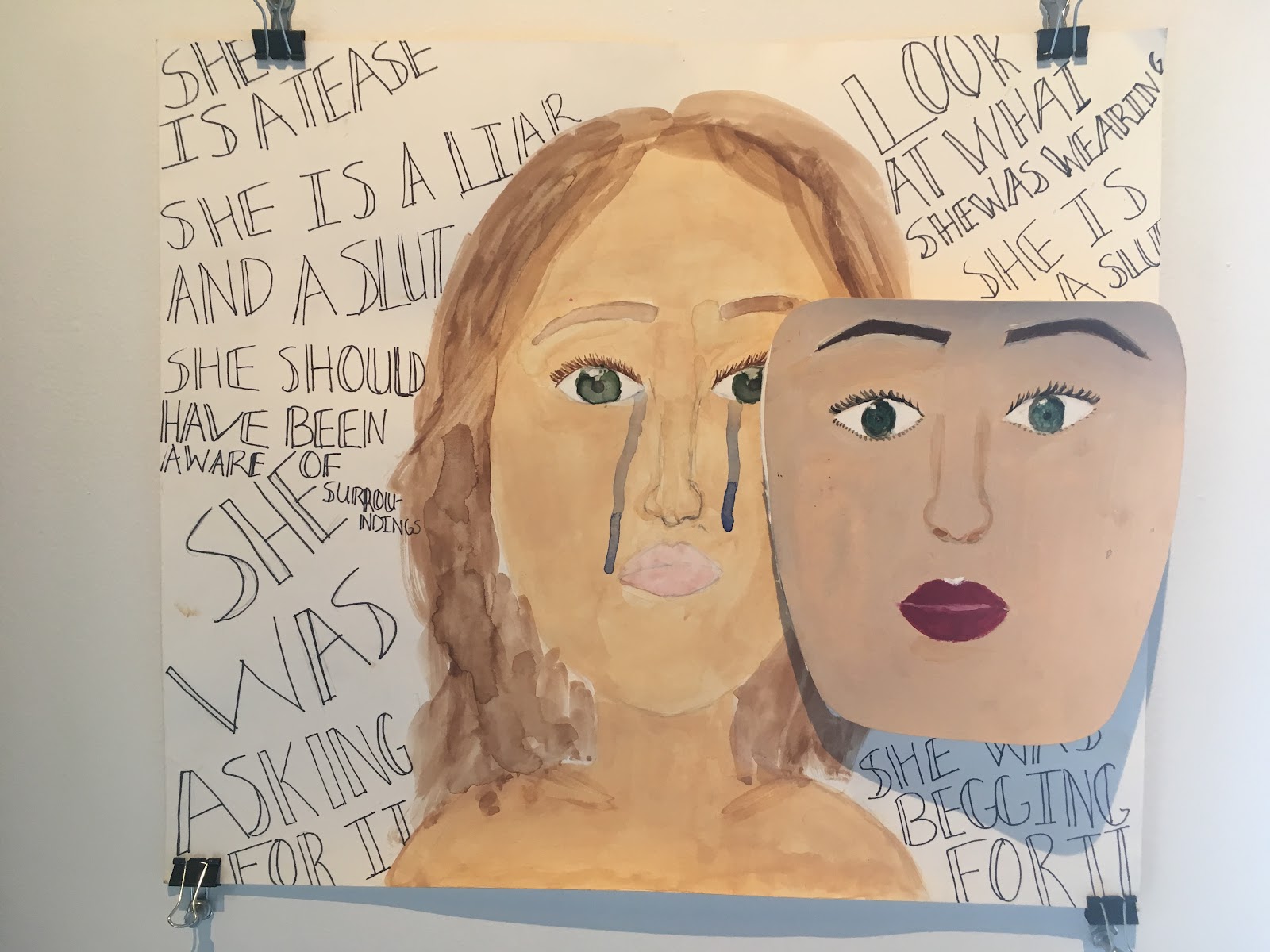 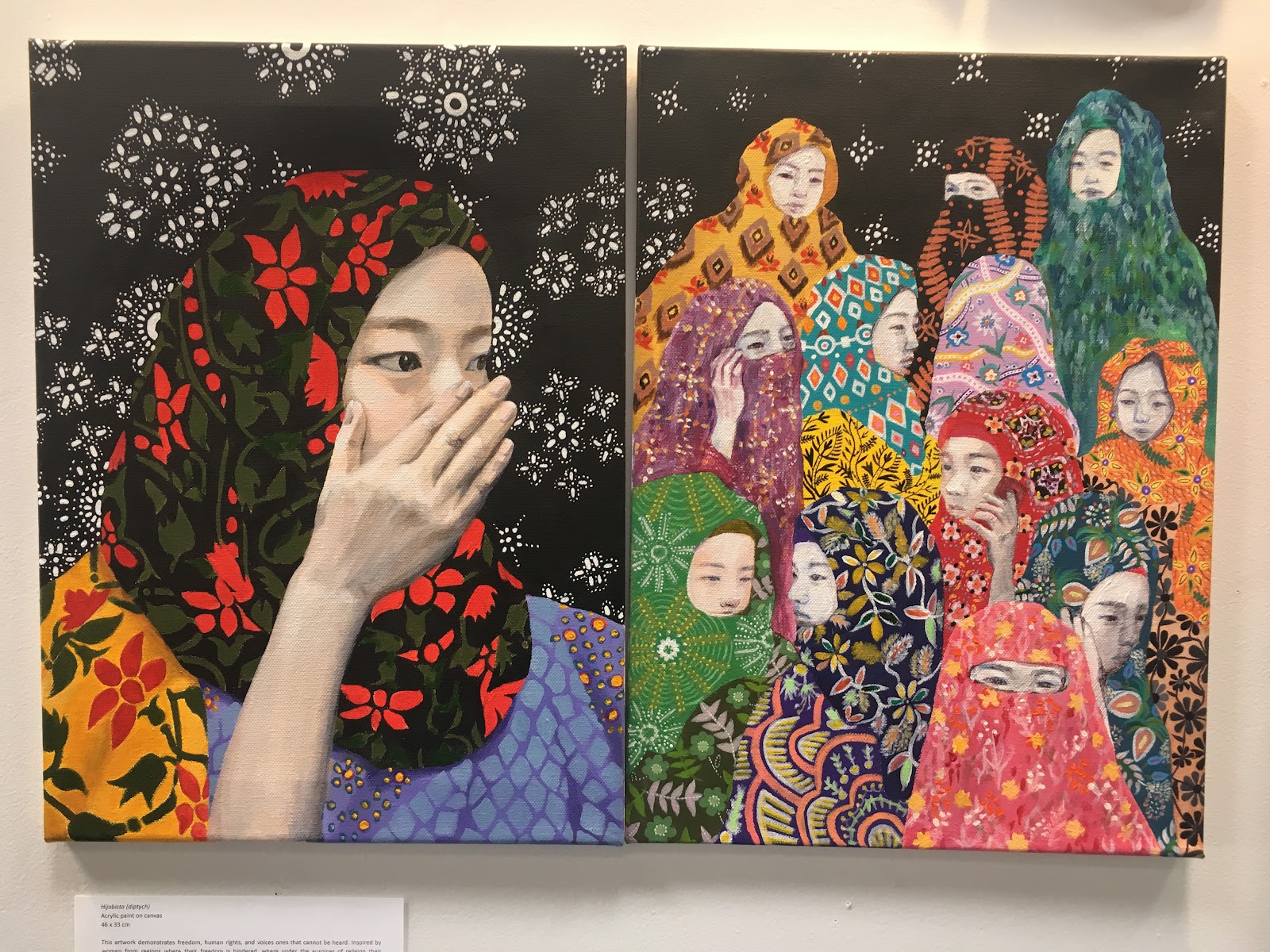 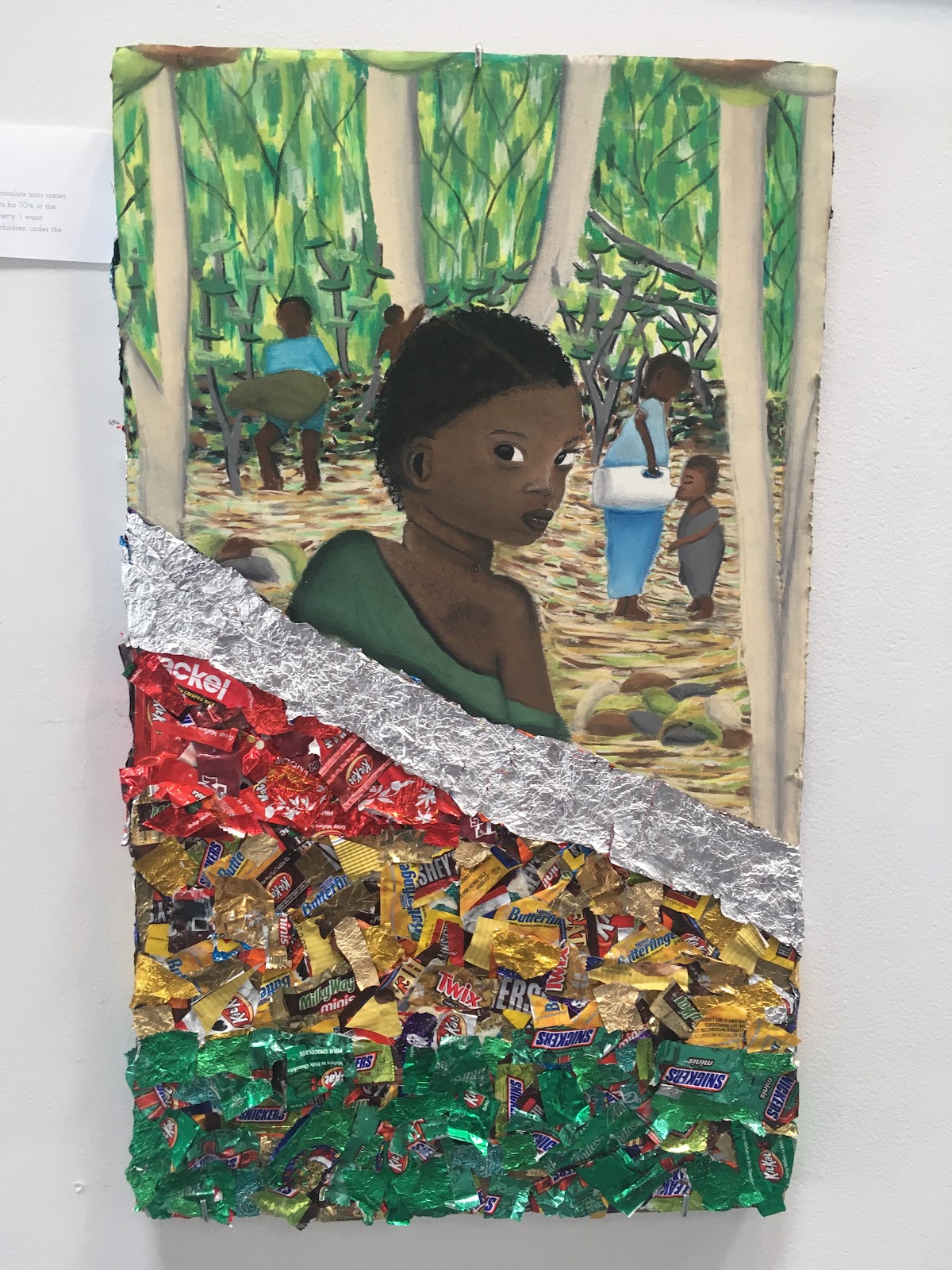 Ashorkor Ashittey - “In a Chocolate Bar” 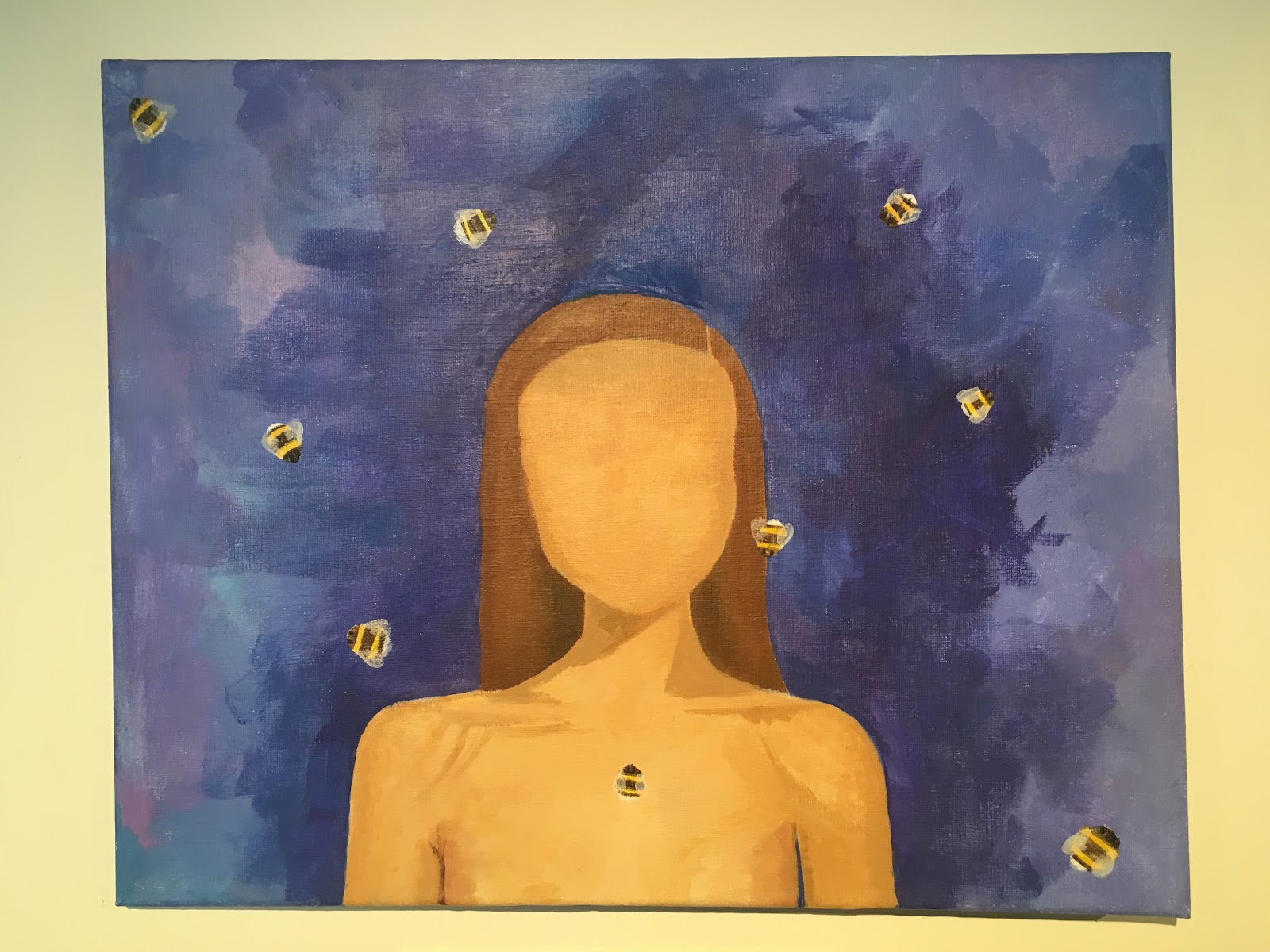 Chloe Hughes - “The Eye of the Beholder”

It was a fascinating conversation. Most of us saw common themes of identity, engagement, an appeal to look behind and beyond the surface and to deeply understand. At the same time, these themes played out differently in each students’ artwork depending on their cultures and personalities. Shawn also asked us to look for stylistic themes, and we were unanimous in believing that each student's artwork was so individual and personal that no common stylistic theme emerged.

As for context, there was a common theme of being trapped in what one student called “cultural chaos,” a sense that the world was pulling them in so many different and often contradictory directions that it was hard to find their own path. However clear their own senses of self might be, and honestly I think most of our students have a pretty solid sense of who they are, they still seemed to feel a conflict between their own determination to be their true authentic selves and society’s willingness to embrace them, which left them with an inchoate sense of something resembling hopelessness, While we adults were thinking of the context of big social movements and issues like Black Lives Matter, climate change, and the work for LGBTQ+ equality, students (at least in this discussion) focused more on social media as the venue in which this struggle between how they see themselves and how others see (and judge) them plays out.

I mostly listened, partly because I think members of Generation Z should have the most say in defining who they are and partly because I think the hypocritical self-centeredness of my generation contributed to a depressing degree to the cultural context in which these kids have grown up. But when I did finally speak up, near the end of class, it was to acknowledge that here and there, members of my generation did some of the foundational work that continued and/or created opportunities for positive social change even as the majority of us didn’t join in that work in any meaningful way. It’s my perception and my hope that Generation Z, even as they are individually as diverse as any generation, has the critical mass needed to make genuine progress as they continue to grow and take their place in society.

But that hope doesn’t mean shrugging off my own responsibility. If anything, it lends an imperative to my own activism. We are still actively shaping the world these kids are inheriting. And, as Greta Thunberg has said, “There is simply not enough time to wait for us to grow up and become the ones in charge.”