When I first heard the news about the Cathédrale de Notre Dame de Paris, I immediately went into a state of shock and denial. I closed my Twitter feed immediately, only to open it again, tentatively, some minutes later, when I realized it was my best chance to get updates, only to close it yet again when the first image popped up in my feed. And so on, back and forth and back and forth and…

I wrote my friends in France to express my overwhelming sorrow and also my solidarity, and they wrote back, both grateful and even deeper in shock. I texted that news to my son and wife, and shared it with other family members and with friends through my Facebook feed. Crying face emojis registered they had heard the news, the depth of emotion understood despite the simplicity and relative ubiquity of the symbol.

I thought back to my first ever trip to France as a high school junior, travelling with a group including the girl who would much later become my wife, seeing Notre Dame first from afar, illuminated against the night sky, and then up close. “Let’s walk around it,” our teacher said. “It’s even prettier from the back.” 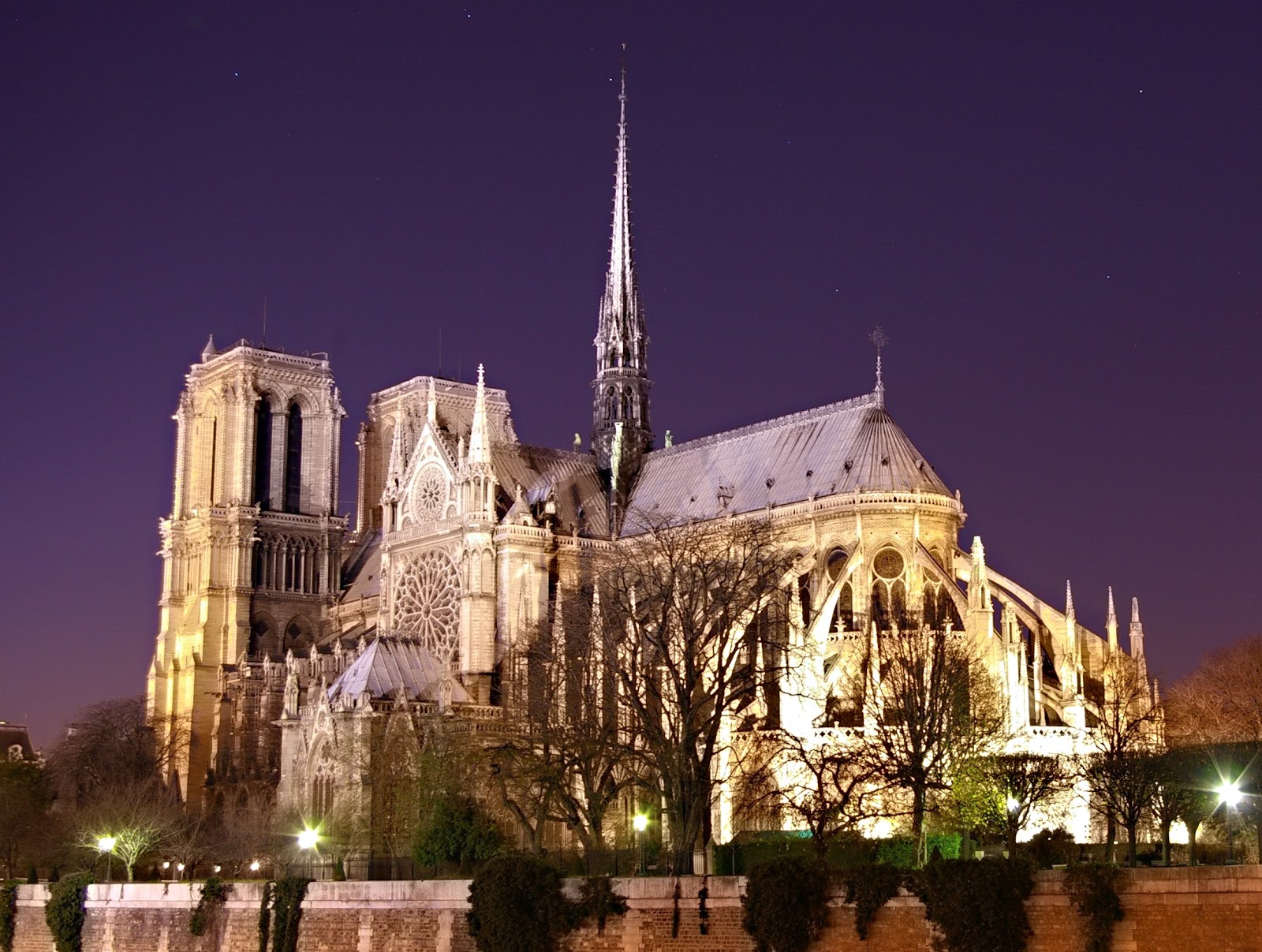 I thought back to taking Stoneleigh-Burnham kids to France decades ago, with my wife and son, and one of them looking up, face aglow, and exclaiming with mingled disbelief and pure joy, “We’re really in the real Paris!”

One of my friends and former colleagues posted that it was hard to believe it’s really gone, and I wrote, “I refuse to accept it. I simply refuse.” and punched the “post” button. But I rescinded the comment a few minutes later when one of my Twitter friends affirmed there was no hope of saving it, and others began waxing philosophical about appreciating what you have while you have it because you never know what tomorrow will bring.

And, to my relief, the website of the newspaper Le Monde eventually posted that the structure had been saved and preserved. I looked deeper, and found that some of the statuary has been removed for restoration just days earlier, and some of the sacred relics miraculously spared. It’s hard to call what I was feeling relief exactly, but it was certainly an infinitely better outcome than the finality of “It’s gone.”

What the future holds, no one can tell. We say that all things come to an end, and in the physical universe at any rate, that is basically true. Whatever else happens to the cathedral, which the French government is already talking about rebuilding, the 800-year-old beams and rafters are indeed gone forever even if memories and images live on. But the surviving façade may yet anchor the recreation of a “new” cathedral where the old one stood. We may hope.