Historically, about 92% of the population identifies at heterosexual, though that number may be shifting. In one recent study, 75% of women identified as heterosexual while the remaining 25% identified either along a continuum from heterosexual through bisexual to lesbian or with other sexualities. In another study focused on youth in California, only 48% of respondents identified as purely heterosexual. It may be that, as our country continues to become less heterosexist and, hopefully, less patriarchal as well, the broad population of men is starting to move in the same direction as women already have. Meanwhile, as is far too often the case, I have not seen studies relating to non-binary people.

bi- ("two”) - people who may experience sexual and/or romantic attraction to people of their own gender and another.

As these definitions imply, a given person’s sexual orientation may or may not match their romantic orientation. For example, someone who is bisexual could well be biromantic as well, but they could also be panromantic instead. For all intents and purposes, any combination is in fact possible. Also, these definitions represent broad categories within which there can be considerable variation. Sexual and romantic orientations truly are spectrums.

Sex and gender are different. Both are spectrums. According to the body of biologists, psychologists, and sociologists...

A given combination of chromosomes suggests a relative balance of estrogen and testosterone, but there is variation of specific levels from person to person. Furthermore, not all bodies respond to estrogen and testosterone the same - for example, some people with XY chromosomes have female reproductive structures, though their ovaries are non-functioning (Swyer syndrome).

There is also a continuum of relative size of different brain structures and how they interact with each other.

(For the record, when categorizing bones, anthropologists use a five-point scale, and in fitting with the concept of sex as a spectrum, they are not always able to assign one clear sex to a given skeleton.)

Gender is a social construct, with gender identity being determined by the individual within the context of the social norms of their culture. Many non-western cultures have a long tradition of recognizing and welcoming third genders, including many indigenous peoples.

"Cisgender" is the term for people whose broad gender category matches their broad sex category; “transgender” is the term for people whose broad gender category does not match their broad sex category. About 97% of people are either men or women, whether cisgender or trans. The remaining 3% (estimates vary but are generally higher among youth who have grown up with the concept of gender as a spectrum than among older people) might be neither men nor women, or a combination of both, with a sense of their gender that might be stable or fluid. Common terms echo those used for different sexualities and include agender, bigender, gender non-conforming, genderfluid, genderqueer, non-binary, pangender, polygender, queer, two spirit (a term used by many native American peoples and reserved for them) or something else altogether. As with sex, there is great variation within each broad category. Gender, too, is a spectrum.

Another piece of the gender puzzle is gender presentation or gender expression. This is essentially how a person chooses to appear within the contexts of their gender identity and gender norms for their culture. Length and style of hair, vocal tone, shaving or not shaving different body parts (face, underarms, legs, chest), clothing, style and quantity of jewelry, and other accessories can all affect gender presentation. A given gender presentation of course may or may not of course be interpreted the same way by the person themselves and by observers.

In an earlier blog, Trans 101.5, I quoted Jennifer Finney Boylan: "Let your story be known. It's impossible to hate anyone whose story you know." To me, this is not only a call to people of diverse genders and sexualities to share their stories as they feel safe and comfortable but also to people in the majority (cisgender and/or heterosexual people) to ensure that safety and comfort exists, and to listen. 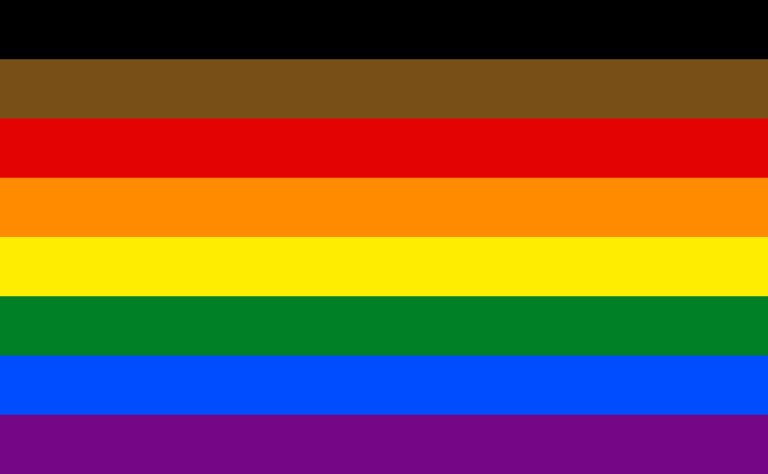