At approximately 10pm on Friday the 15th, Sara, Matt, Erica, Kelly and I joined together to kick-off the first annual Midnight Madness. It represented two hours of silliness and chaos and drew students from all the grades. The competition was fierce and close. By the time we reached our final event, the Corazons were in the lead with 29 points and the Chanticleers and Whizbabies were following closely with 18 points each. It all came down to the final event:

The contest was worth 12 points, so, as we counted down the final minutes to midnight, it was anyone's game.

If you've never heard of a Chubby Bunny contest, you're not alone. It's a bit sticky and a little messy...but very fun. You start with a bag of marshmallows and several willing participants. They each start with one marshmallow in their mouth and they must say the phrase "chubby bunny". After six marshmallows, our two seniors, Sky and Monika, were out. Maah, one of our youngest participants and the final competitor in the chubby bunny contest, proclaimed "I've still got room" winning the hearts and applause of all the teams. She made it to an impressive ten marshmallows (before I cut her off). She was the clear winner and claimed the victory for her team. Below are some highlights from the night. 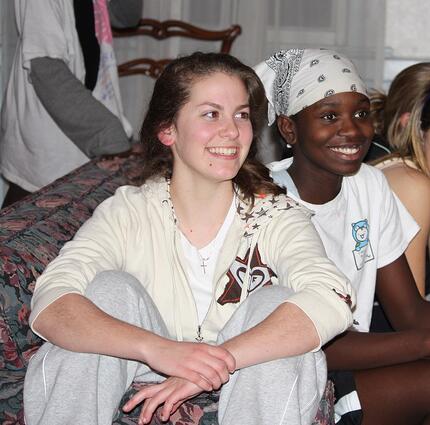 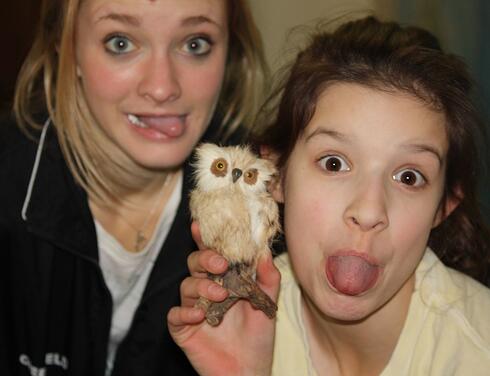 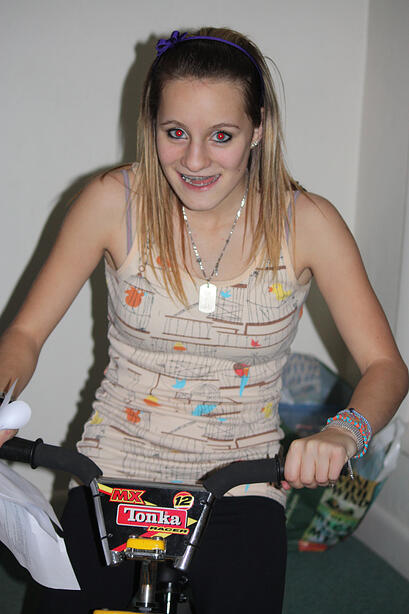 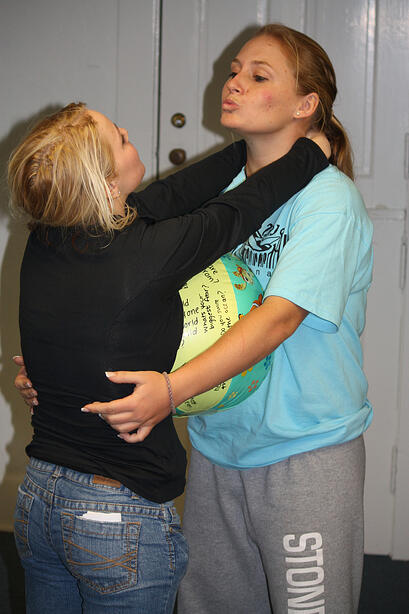 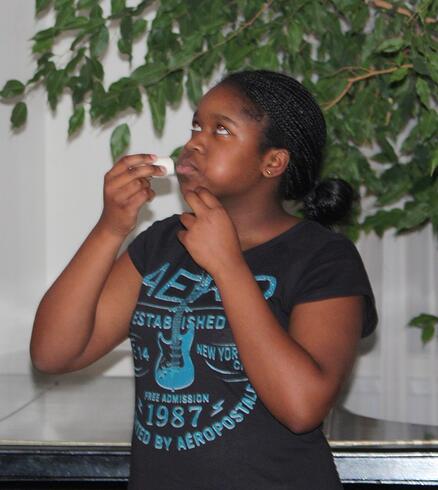 To finish the night off, each team was responsible for rewriting the lyrics of a song to be performed for the judges and all the teams. The winning song was based on the hit "Party in the USA" by Miley Cyrus. The lyrics to "Party at SBS", as written and performed by the Whizbabies, are below. Enjoy!

I hopped off the bus at SBS with a passion in my heart to learn.
Welcome to the land where girls express,
don't you dare adjourn.
Jumped on a horse, here I cantered for the first time.
Looked to the right and see the SBS sign.
This is all amazing,
Everybodies looking like ladies.

My tummies turning and I'm feeling kinda homesick
but that's ok 'cause I got my horse Rick.
That's when Laura turned up the stereo
and we danced on UMB.
and we danced on DHC.
and in the library.

So I put the volleyball up
and I smacked it down
And I do some pirouettes
Getting a goal like yea
Dunking a ball like yea
I got my ponytail up
I'm playing my song
and we'll talk the night away
Yeah, it's a party at SBS
Yeah, It's a party at SBS.

For more information about Stoneleigh-Burnham School, check out our website: http://www.sbschool.org